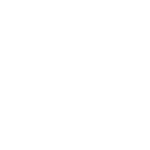 On Mother’s Day this year, the WFP USA launched a film campaign created by HUMAN about Motherhood and child nutrition. Filming in Tanzania and Guatemala, HUMAN was able to connect mothers in the west with mothers living in the global majority in a way that transcended even the need for words. With most media made by NGO’s full of information and talking, HUMAN felt this time that the images speak for themselves.

The film racked up over 60,000 views on facebook alone over Mother’s Day weekend resulting in a major awareness and donor push for WFP USA.